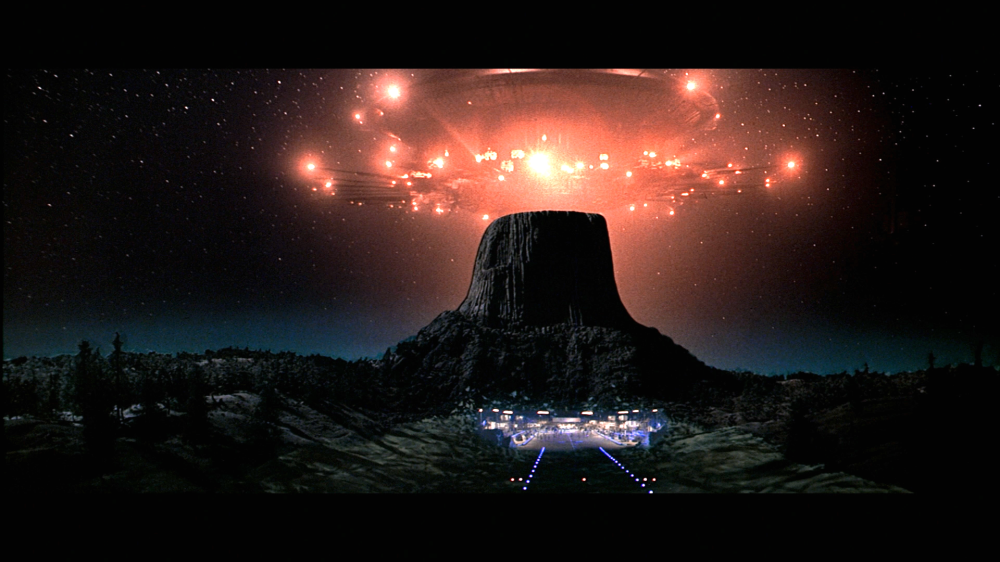 Some of you may remember the movie “Close Encounters of the Third Kind” which starred Richard Dryfus. It was a fictional accounting of making contact with aliens at a place called Devil’s Tower located in Wyoming. The storyline though entertaining is of course made up but the place is not. It is however devoid of aliens! 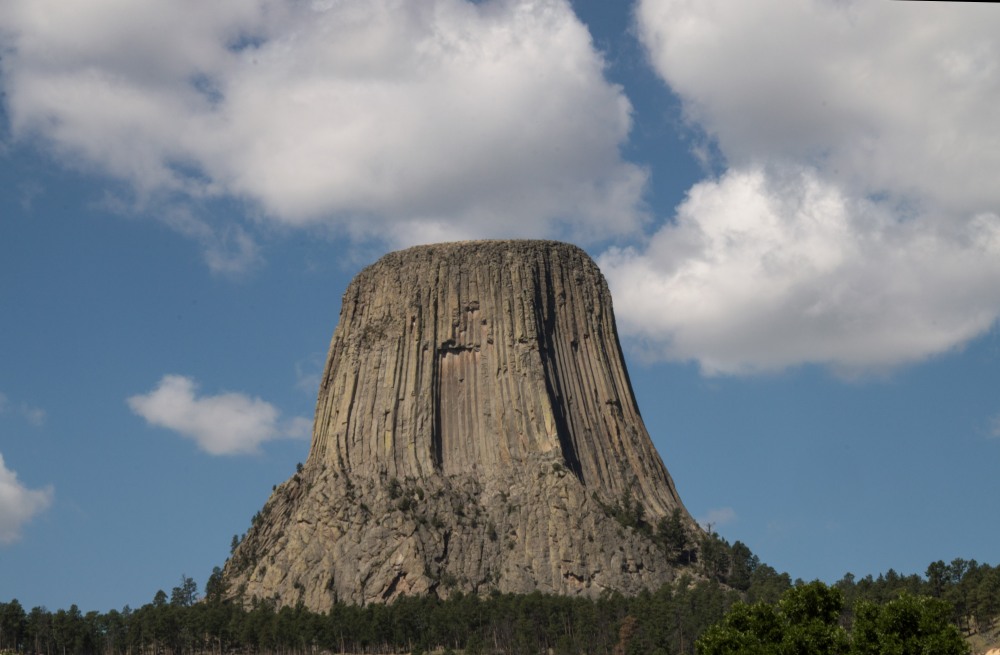 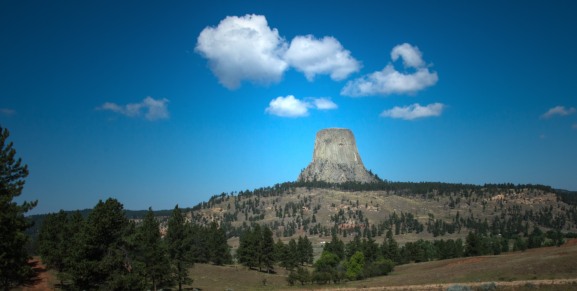 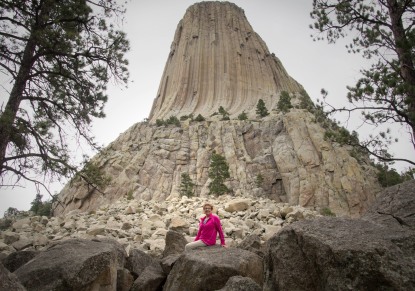 Devil’s Tower sits in the Black Hills of Wyoming and S. Dakota. It was formed millions of years ago and is thought to be an underground volcanic plug formed by magma and pushed toward the earth’s surface. Erosion finished the job of exposing it.

Take a hike around the base and your in for a 1.3 mile adventure through and around the boulder field. The views are awesome offering countless opportunities for photos.

Devil’s Tower is also a rock climbers dream although I think you would have to be missing a few brain cells to want to climb it. Some 5000 climbers annually seem to think they left something at the top. Its straight up! Crazy! 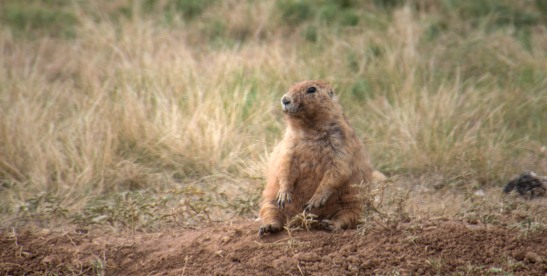 Tourist love em’ Locals not so much! 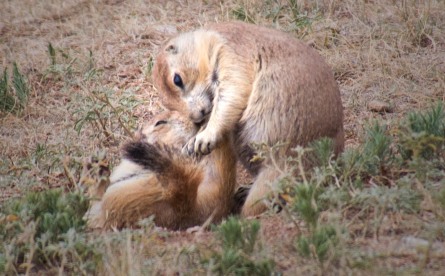 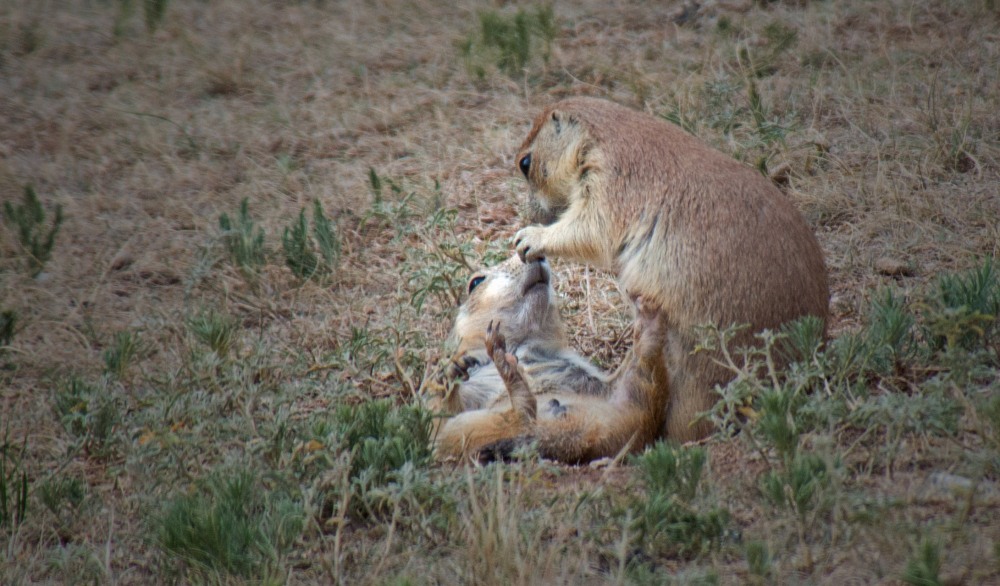 Entering the park you are greeted by a huge colony of these guys…. Prairie Dogs…..lots of Prairie Dogs. Cute but try and feed one and you’re apt to loose a finger! Looking north from the tower is this vast valley. This land used to be home to thousands of buffalo. Today a few Texas longhorn cattle graze on the lush green grass. 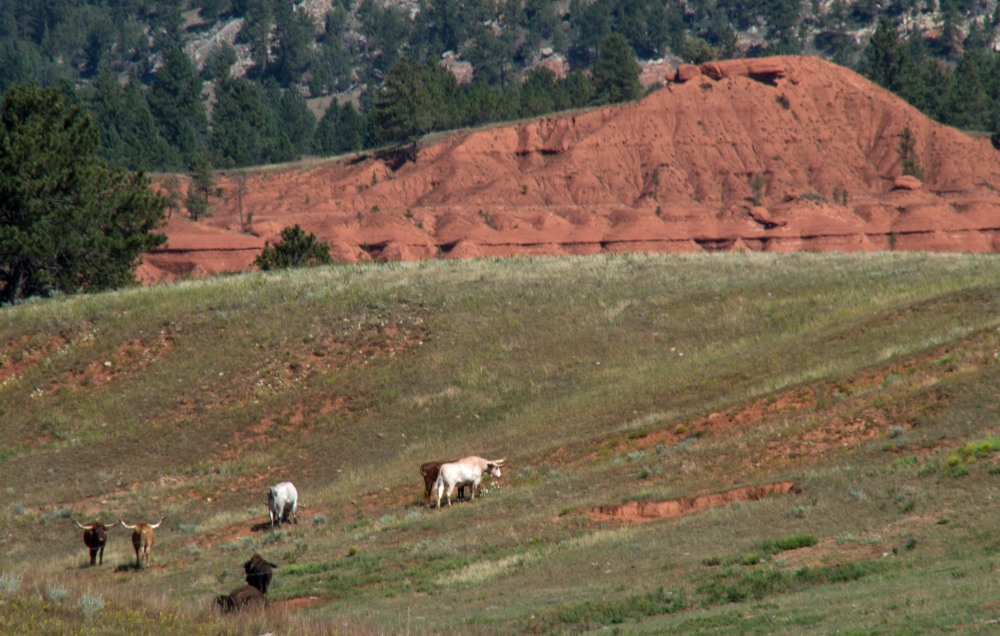 Devil’s Tower is a National Monument and is a bit touristy so we wanted to leave the crowds and travel the area. We were told of a little cafe’ in the small town of Aladdin that  had good food. When they say “small” they REALLY mean SMALL!! This whole area is very popular with motorcyclist. There are a lot of winding roads and beautiful scenery. After all it is only 60 miles from Sturgis SD, which hosts the largest bike rally in the country.

By the way if you would like to purchase this 150 year old general store, gas station (the pumps don’t work!) and surrounding property, it’s for sale. 750K and its yours!

Devil’s Tower was a bucket list item we can check off. The pictures Susan took here  happened over a two day visit. Day one we got caught in a rain storm while hiking the base of the tower. Needless to say photography gave way to covering the camera and  being soaked to the bone. The only thing missing from that shower was the soap!

On August 21st, the total eclipse of the sun will pass just south of Devils’s Tower. Thousand of people are expected to be in the vicinity. Who knows! Maybe ET will show up!