Southern charm and hospitality were certainly the focus of our park hosts here in Theodore AL, a suburb of Mobile. We’ve stayed at quite a few parks in our travels, some better than others. All About Relaxing RV Park took their name seriously! It was a nice touch having the welcome sign and the escort waiting to bring us to our site. Perhaps our reputation had proceeded us? Nope! Everybody had a welcome sign! 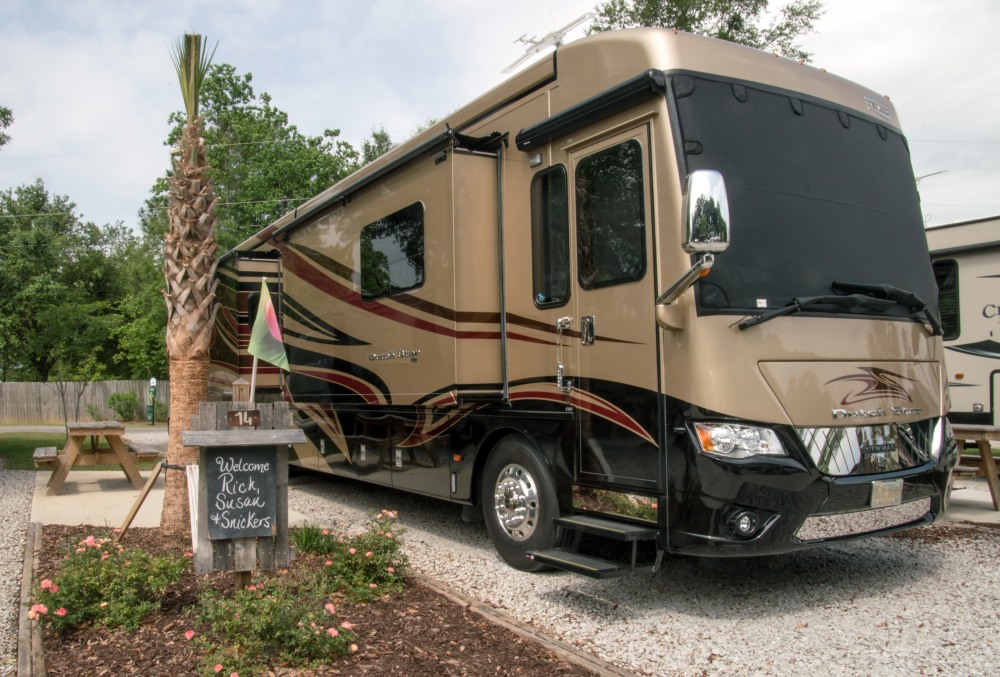 Mobile has quite a few gems that caught our attention. One of which has quite an embattled past. That being the mighty battleship the USS Alabama. Now decommissioned, the ship is a floating museum open for exploration bilge to bridge.

Maneuvering the passage ways was sometimes quite difficult. Make no mistake this is no cruise ship. The crew of 1,760 worked, ate, and slept in cramped conditions that I can only imagine. Look at the engine compartment below and you’ll see what I mean. Standing between two of the three engines where temps averaged well over 100. 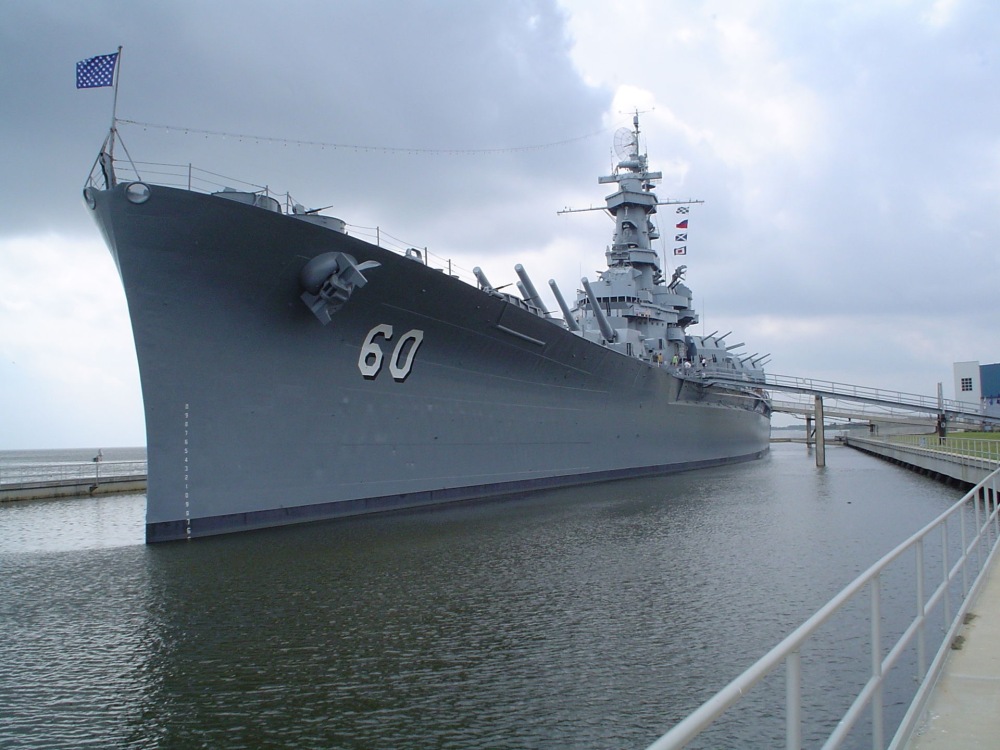 She fought to preserve our freedom. It was an honor to be on her decks.

The ship was part of a military park that displayed a variety of military aircraft. Everything from WW ll planes to current day fighter jets. 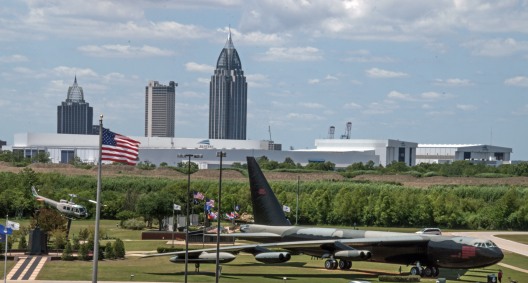 The aircraft exhibit building. The mural makes the flat wall look as if it’s a flag in the wind.

Just a short drive south is Douphin Island, the local favorite for beach goers. The stroll along the beach was a welcome change. The island is located at the entrance of Mobile Bay which is relatively shallow. The ocean that washes the shoreline unfortunately is very murky. Of course that didn’t make us any difference. We were going to walk the beach anyway!

The local wildlife didn’t seem to mind either!

On the East side of the bay and close Pensacola FL is Golf Shores. There was no doubt we found the tourist mecca of the gulf. High-rise hotels and condominiums line the beaches along with an array of restaurants and fast food places. Salt air blue water and high surf. A great combination for an afternoon at the beach! The public pier was 300 yards long with a lot of people surf fishing. It also made for several photo opportunities that Susan wasn’t going to pass up! 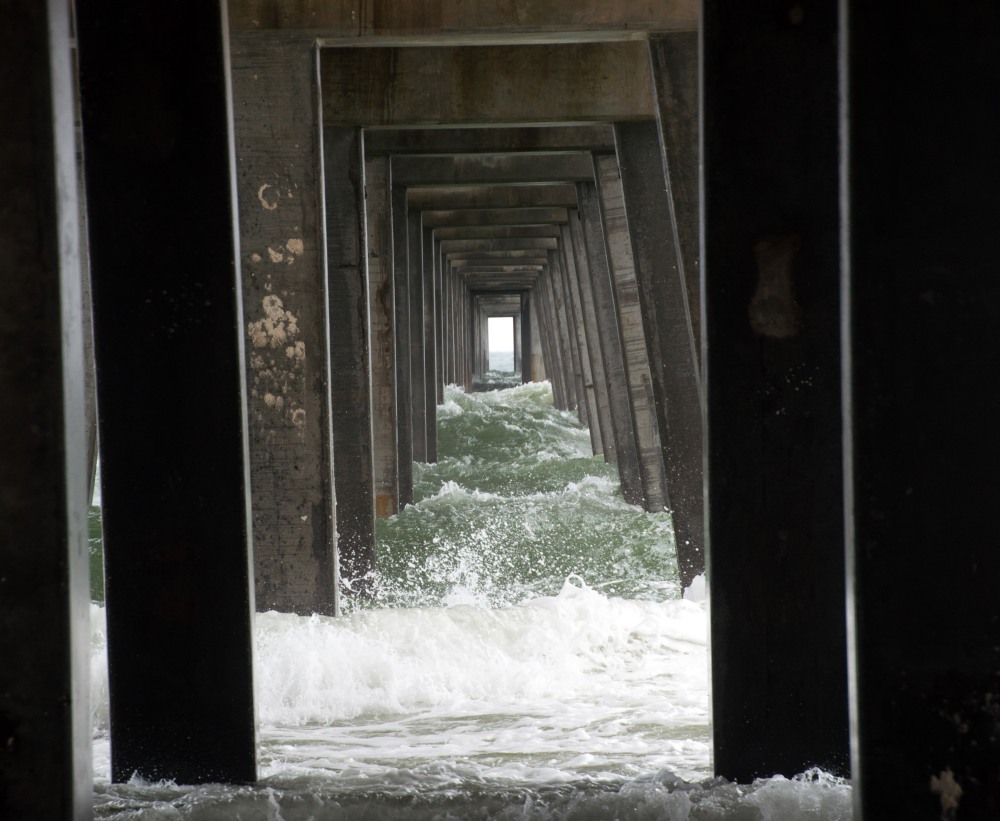 There are days we dearly miss our beautiful Lake Michigan. But as I stand here looking at the vast ocean, I am humbled,… and so very thankful for the opportunity  to experience both.

After a brief stop in Houston to visit family and friends and the onset of warmer weather, its time to leave Texas and make our way east along the gulf coast.

Traveling Interstate 10 we had bumper to bumper traffic and torrential down pours most of the way. Actually the rain was welcome because the amount of splattered love bugs on the windshield made it almost impossible to see!

We’ve encountered our fair share of traffic jams especially in Texas! But in Baton Rouge we hit the grand daddy of them all. It took over one hour just to cross over the Mississippi River bridge! This was a sure test of patience! Not one of my strong points!

Eventually we made it to Convent, LA a small community north of New Orleans. We stayed at a one time tobacco plantation which was a nice change from some of the crowded parks we’ve experienced.

The Mansion of Judge Poche’

We parked in the driveway 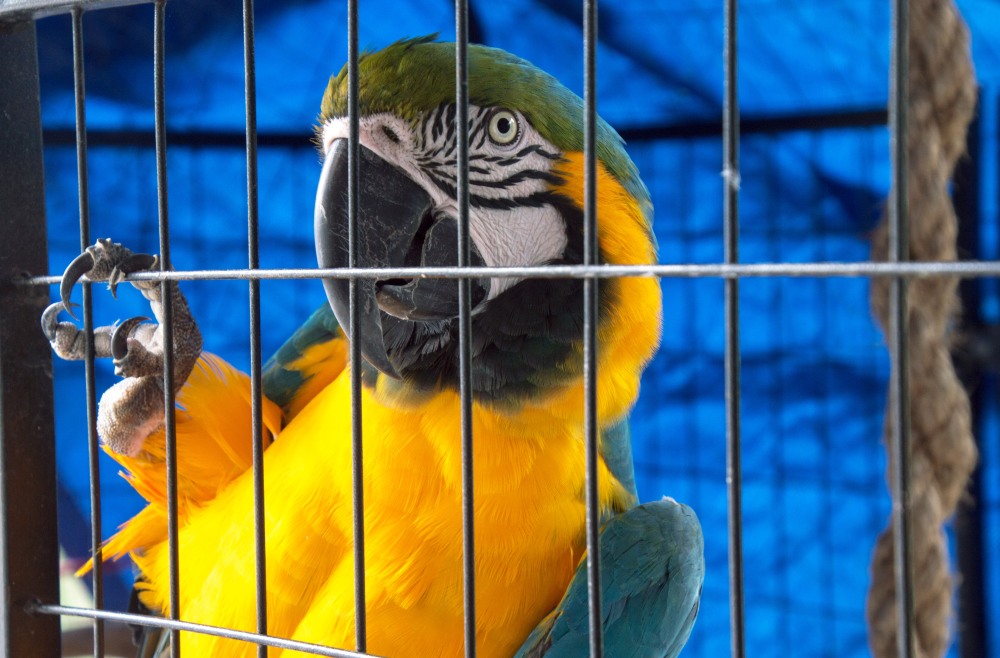 This  guy greets you just outside the managers office

The French Quarter with it’s history dating back to the 1700s, is like no other part of a big city I’ve experienced. The streets are narrow row houses and businesses most of which are painted brightly and adorned with flowers and ornate wrought iron railings. 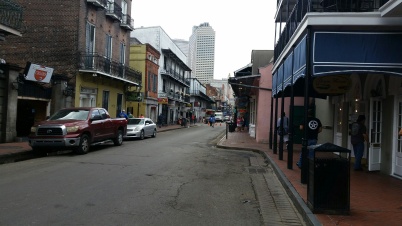 This house was a celebration of spring

Music! Its everywhere! On Street corners, in taverns and restaurants, and from the calliope that sits on the top deck of the riverboat.

Jackson Square is a historic park in the French Quarter and has been declared a National Historic Landmark. It was the site where in 1803 Louisiana was made a US territory. The park is overlooked by the Saint Louis Cathedral founded in 1720. It is the oldest cathedral  in the US. 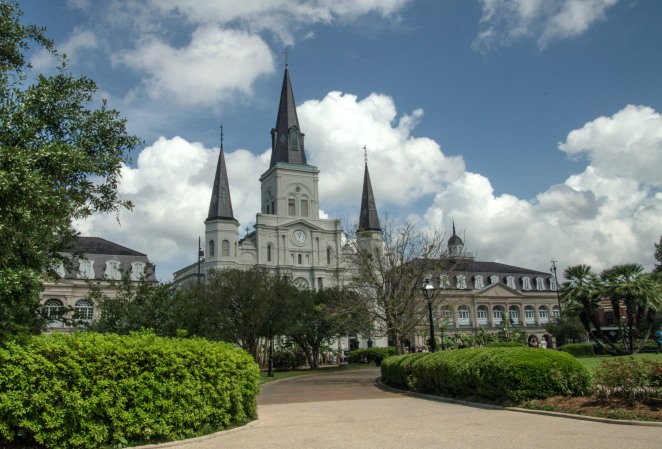 There is so much to see and do in New Orleans. Just going to the many fabulous places to eat could fill your itinerary! We decided a good way to really see the area was to take a day tour of the city.

And one of the many above ground cemeteries! New Orleans is below sea level so the deceased are six feet …UP?…And stacked on top of one another! Creepy! There are several old plantations in the vicinity of the one we are at. Some are just a historic sign designating what once was while others have been masterfully restored. One such place is Houmas House Plantation and Garden. The mansion was built in 1840 and is simply magnificent! The grounds are surrounded by lush floral gardens, 400 yr old oaks with Spanish moss, and pools with fountains! Absolutely stunning! I’ll let the photos speak for themselves! The trunk of this oak is 15 Ft. in circumference

Fountain in the back of the mansion 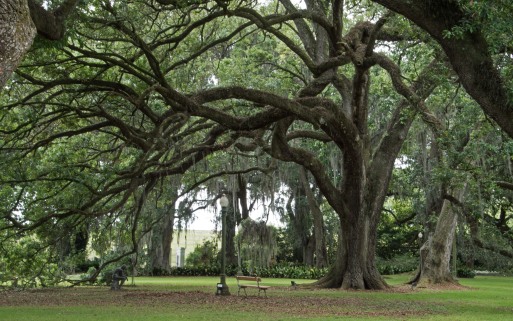 As we say good bye to Louisiana I can’t help but think of all the unfortunate people who’s lives were forever impacted by Hurricane Katrina. The 9th ward, an area we didn’t visit, has not yet completely recovered. However the rest of the city in spite of the devastation has bounced back. It truly is a come back city!