If you have been following along you probably have figured out by now that we love our National Parks. CanyonLands was no exception. Located seventy miles south of Moab, this park has wild west written all over it with its towering canyons, deserted cowboy camps, open ranges, free grazing cattle and indian petroglyph (a fancy word for drawing on rocks!). 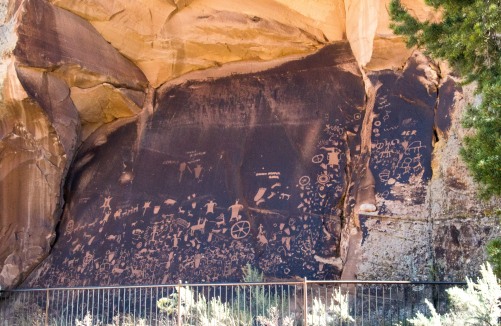 Hand prints on the wall from long ago

Water is an unusual sight, it has to be trucked in to this area.

Hiking in the back country we get a real feel for what it must have been like living in this harsh land and surviving on the few resources that were available. Cowboys found shelter in the rock alcoves where water seeped from the rocks. Black  from old camp fires still stains the cave like ceilings. 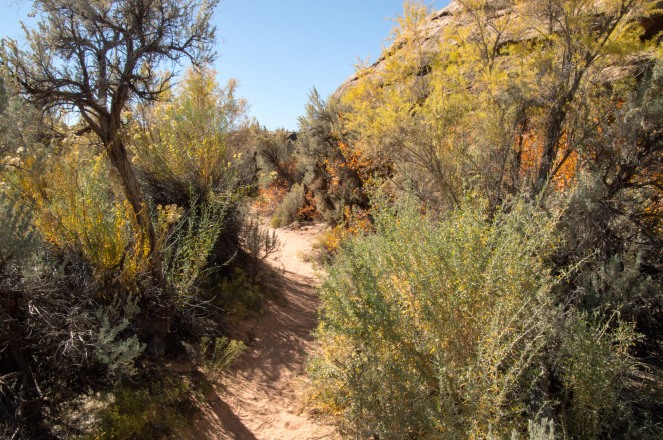 The Cave Springs Trail leads to a number of ‘under the rocks’ locations. 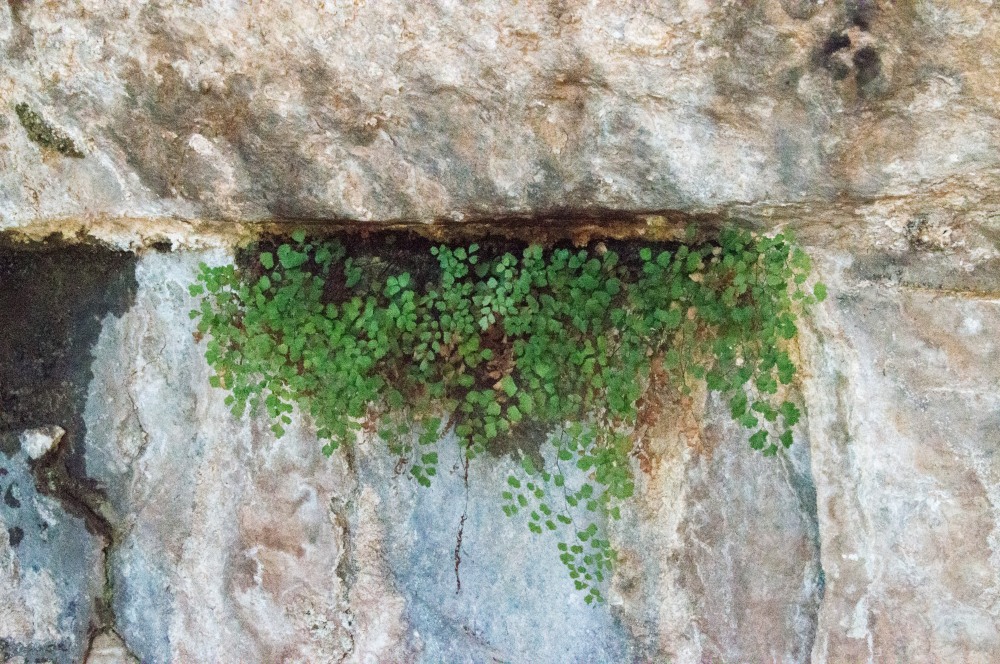 With the little water that seeps from the rock life finds a way!

And when living here became impossible for what ever reason……they just left. This site has not been touched, staged, or restored. 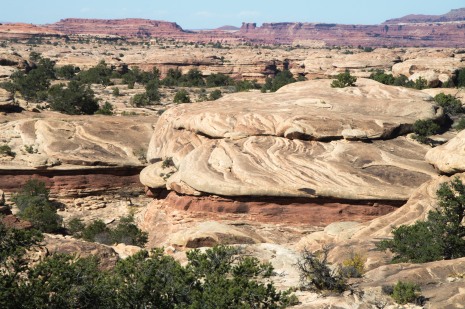 Beautiful views that go on & on.

This area gets very little rain fall. Only about 10-15 Inches per year. So imagine how many years it took for the falling rain to create these pot holes in the sandstone. They began forming  when dinosaurs roamed here. Personally, I thought it looked a lot like Michigan roads!

Ravens are considered sacred by many Native Americans. This fellow was just about t0 leave a little “sacred” on this guys bicycle seat!

A Raven with a sense of humor!

The park is located 38 miles off the main road. With so many cattle from private ranches roaming the open prairie, getting up close and personal is pretty easy!!

The sign said ‘Open Range watch for Cattle crossing’. It was right!